Deals Gap is a popular and internationally famous destination for motorcycle enthusiasts, as it is along a stretch of two-lane road known since 1981 as “The Dragon” and the "Tail of the Dragon". The 11-mile stretch of the Dragon in Tennessee is said to have 318 curves. Some of the Dragon's sharpest curves have names like Copperhead Corner, Hog Pen Bend, Wheelie Hell, Shade Tree Corner, Mud Corner, Sunset Corner, Gravity Cavity, Beginner's End, and Brake or Bust Bend. The road earned its name from its curves being said to resemble a dragon.

Since part of the road is also the southwestern border of the Great Smoky Mountains National Park, there is no development along the 11-mile stretch, resulting in no danger of vehicles pulling out in front of those in the right of way. It mostly travels through a forested area and there are a few scenic overlooks and pull-off points along the route. The speed limit on the Dragon was 55 mph (89 km/h) before 1992; it was reduced to 30 mph (48 km/h) in 2005.

Map of the Tail of the Dragon 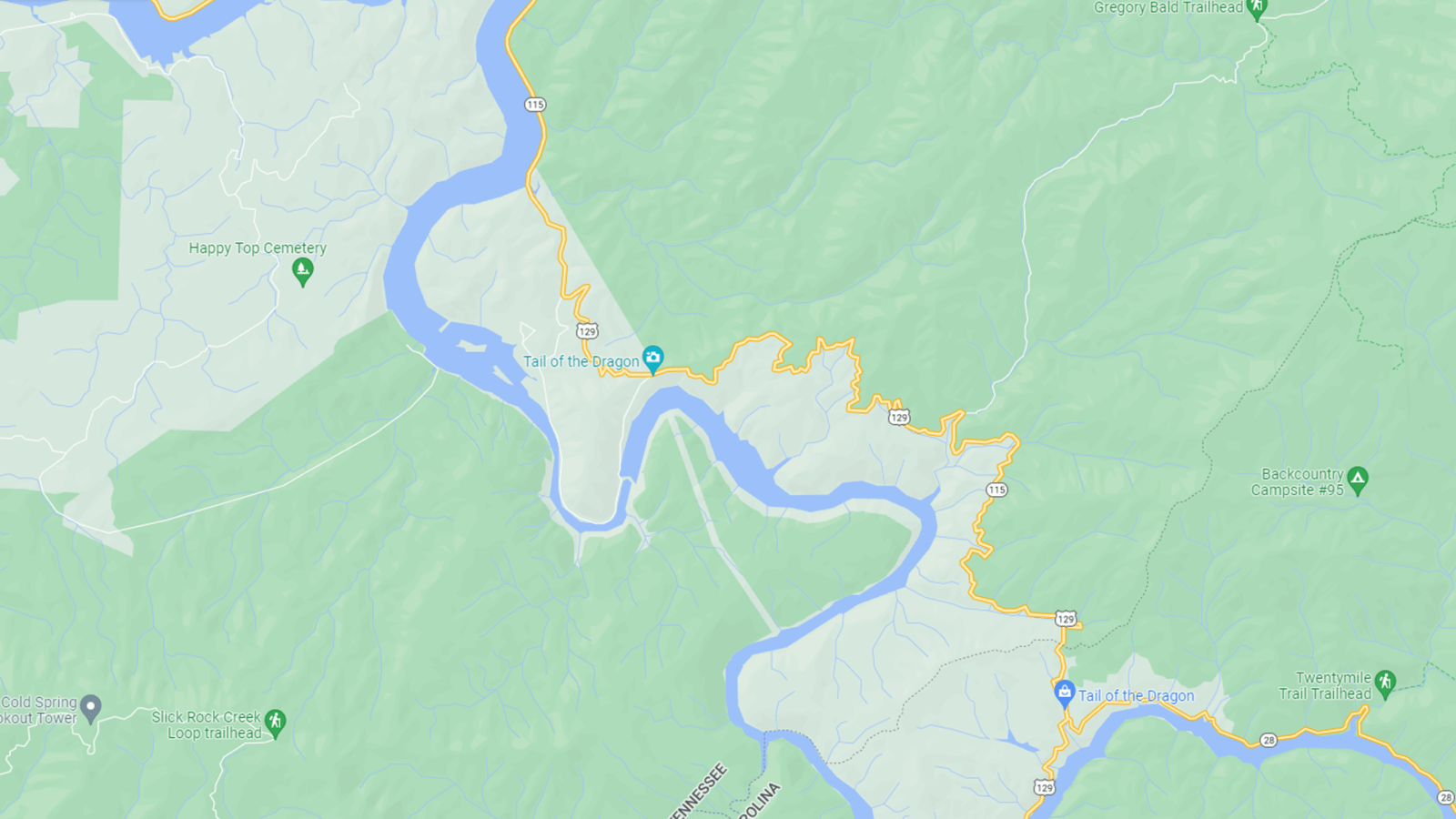