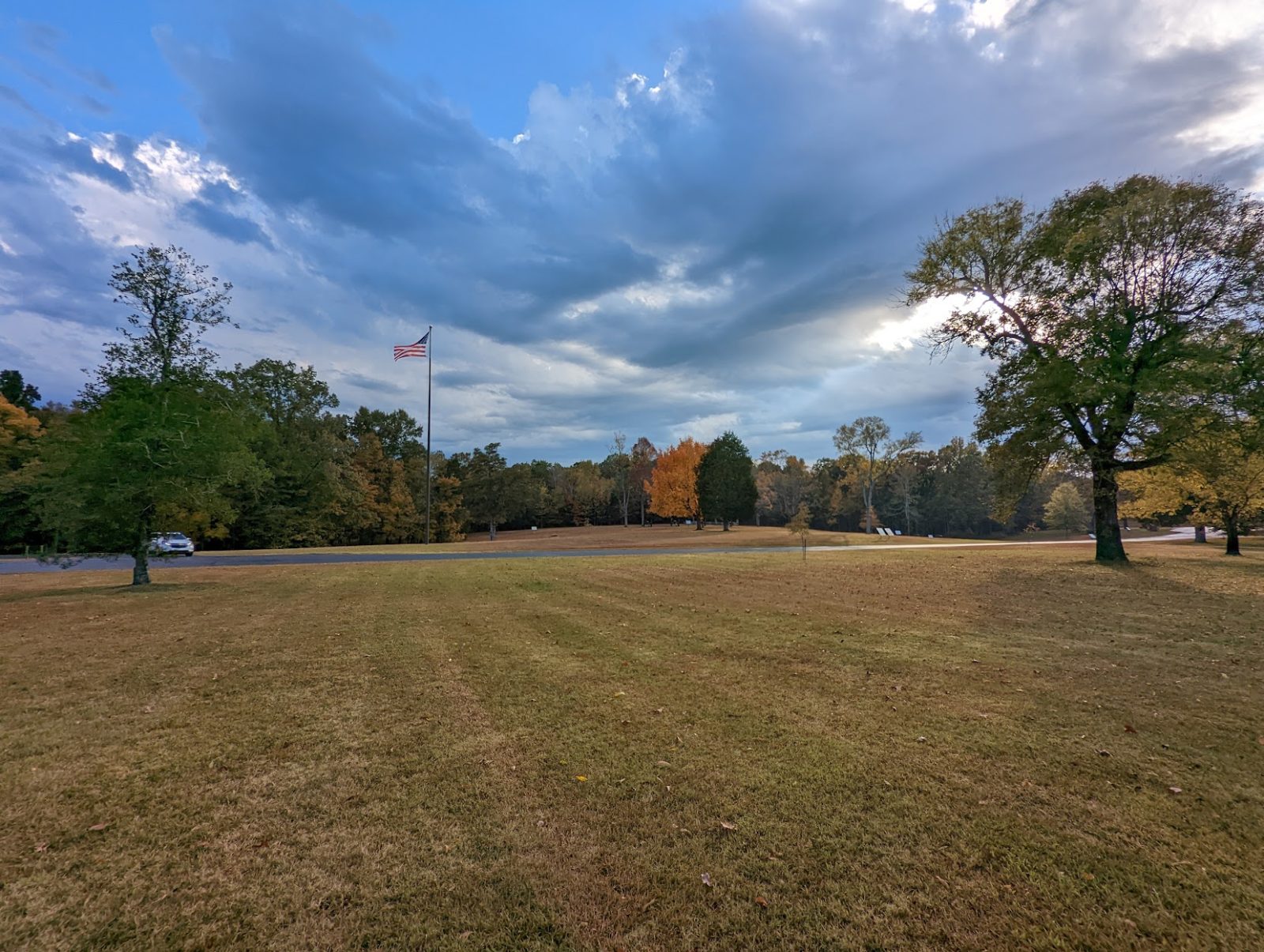 Out of the last 3 times I’ve come to Tennessee for a trip, I’ve gotten waylaid in Memphis due to shittastic service at a restaurant.  The first time was a 3-hour stint at Cheesecake Factory, this time was a 2.75-hour stint at Applebees.  So once again, here I am riding central Tennessee at dusk, kicking up deer trying to get to my hotel before it’s pitch black — which I did, only just.

The day started out great.  Nice and clear skies when we left Little Rock.  By the time we got to the White River, however, we realized the weatherman had once again lied about the weather to Tennessee.  It started raining around the river and kept going until we got to Corinth, Mississippi.  And even then, it still spurted from time to time.

Pulling into Shiloh National Military Park 3 hours behind schedule was a bummer.  We still got to see a few things, but it was getting late and like I said before, I didn’t want to be riding at night in middle Tennessee.  We leave Shiloh and book it all the way to Pulaski, making it to the hotel just as the sun set.  The hotel we are at, a cheap ass Motel 6, is actually decent.  It has an attached restaurant, Nick’s Grill, that is actually really good.  I got “The Ex” which was some sort of italian, spicy chicken, bbq thing on a pita.  It was almost too spicy to eat, but not quite and boy am I glad it wasn’t  It was super tasty.  The prices there aren’t horrible, but it isn’t cheap either.  About $10 a person plus drink.  If you are ever going up or down I-65 near Pulaski TN, take the US-64 exit and give NIck’s a try.

So day 1 is in the books.  A long, wet, but altogether decent day ending with a good meal.  Until next time…

Nothing coming up. Check back soon for updates.